Peter Levin In All-Star Lineup For Songs Of Love Foundation

A concert set to benefit The Songs Of Love Foundation will be held at the intimate confines of The Marlin Room at New York City’s Webster Hall on October 19. The theme of this year’s 20th anniversary concert for the foundation is the “Music Of The Allman Brothers.” Today, the members of the all-star band have been revealed.

Tickets are available here and only a limited number will be sold in keeping with other intimate The Songs Of Love benefits. The Songs of Love Foundation is a nonprofit organization dedicated to providing personalized uplifting songs, free of charge, for children and teens currently facing tough medical, physical or emotional challenges. 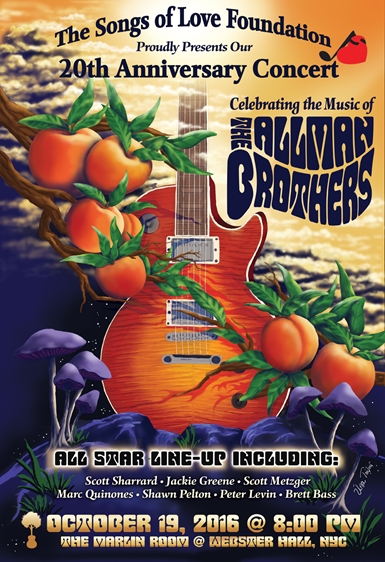